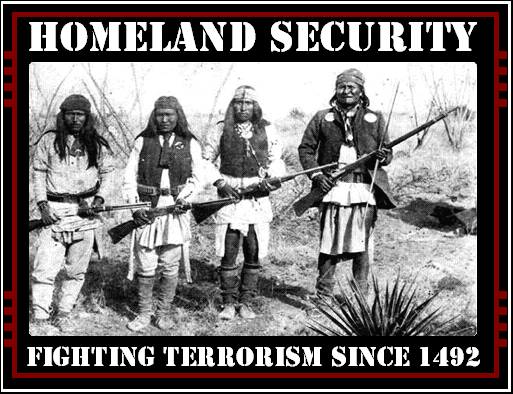 The Founders provided international treaties the status of “supreme law of the land” in the U.S. Constitution, suggesting that they are not something to be entered into lightly. Before the ink was dry on the Constitution, however, the United States began a practice of shirking obligations and systematically violating treaties, particularly in regards to the Native American tribes that presented an obstacle to westward U.S. expansion.

From 1778 to 1871, the U.S. federal government negotiated hundreds of treaties with the Indian tribes, who were considered independent sovereign nations. In each case, the Indians made certain concessions, such as giving up the right to hunt and live on huge parcels of land that they had inhabited for thousands of years in exchange for trade goods, cash payments and promises that no further demands would be made of them. And in each case, the U.S. government broke its promises and decided to demand more of the Indian tribes, pushing them further westward and onto smaller and smaller reservations. By 1890, nearly every Native American nation was reduced to a reservation.

But regardless of the views on international law of the political elites, according to the United States Constitution, international agreements which have been ratified by the U.S. Senate, such as the Geneva Conventions and the United Nations Charter, are legally binding upon the U.S. government. Other agreements, such as the 1975 Helsinki Accords and the 1990 Copenhagen Commitments, do not carry the weight of law, but are nonetheless politically binding obligations to which the U.S. has freely subscribed.

These agreements have long provided a basis for a more peaceful, just and democratic international order. While they have obviously not been sufficient in fully establishing that international order – with war and authoritarianism still prevalent around the world – they have at least provided a degree of political legitimacy to international efforts in promoting peace, justice and democracy.  Indeed, U.S. political leaders often cite these international agreements in pressuring other countries on various issues, sometimes using them to justify coercive actions ranging from diplomatic rebukes to economic sanctions to military intervention. But as much of the rest of the world will readily attest, the U.S. all too often fails to live up to these obligations itself.

This is obviously the case on high-profile issues such as the 2003 invasion of Iraq – which was a violation of the UN Charter’s prohibition of aggressive war – and the prison camp at Guantanamo Bay – which has been criticized since it first opened in 2002 for violating the Geneva Conventions’ protections of prisoners of war. But there are myriad other ways in which the USA flouts its international obligations, none of which ever come up in polite discussions on international politics.

Besides complicating efforts to promote democratization and human rights, in a larger sense U.S. double standards undermine the very basis of the international system and the global rule of law.

Just as the principle of no man being above the law applies in domestic law, so too does the principle hold in the international system. By ignoring political and legal obligations, the United States sends a message that these obligations are optional and may be ignored if they are considered inconvenient. This in turn leads to global chaos, an international system based on the law of the jungle.

As human rights advocates and civil libertarians have warned since the early days of the “war on terror,” human rights violations of al-Qaeda terror suspects will eventually set the United States on a slippery slope in which authorities deem it optional whether to respect the human rights of anyone, including U.S. citizens. At that point, anyone is fair game, and all of us, including law-abiding Americans, find ourselves at the mercy of an unsympathetic authoritarian state.

For these reasons, I felt it necessary to start the Compliance Campaign. My hope is that with regular reporting on these subjects, the issue of compliance at least becomes part of the national discourse. While I am not a lawyer, I do have a background in international politics and have long had an interest in international law. Regardless, one does not need a J.D. in international law to see that the U.S. routinely flouts its international obligations — all one needs are open eyes.

While there are any number of organizations and websites that might deal with aspects of this issue, to my knowledge there is no organization devoted entirely to the overall issue of U.S. compliance with its international obligations.

With this blog, I hope to at least partially fill that void, to make the case that that international standards are important, not just for American diplomatic credibility, but for their own sake. Not only would U.S. compliance help to promote democratic standards, human rights and conflict resolution around the world, it is equally important for the United States domestically. A lawless state abroad inevitably becomes a tyrant at home, and until the U.S. learns to respect the rule of law, we are in increasing danger of becoming an authoritarian state in which individual rights take a back seat to political power and expediency.

Comments, questions and article submissions may be sent to compliancecampaign [at] gmail.com